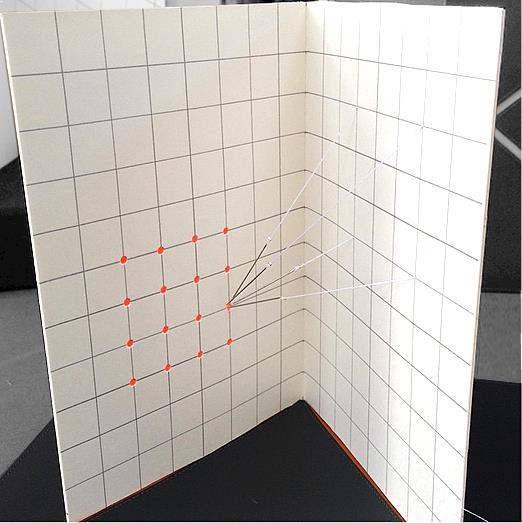 Inspired by the scientists leading the hunt for ‘dark matter’, this book explores the boundaries between faith and reason in man’s never-ending attempts to delve into the realm of the unknown. The reader opens the book and discovers that the needles mysteriously pull, jump, or fall in response to the turnings of the page. When placed into the angles inset in the book’s covers, the book displays two sets or stages of evidence (first at 78 and then 62 degrees) which point to the existence of an unknowable event... the nature, substance and significance of which, frustratingly, lies somewhere between 78 - 62 degrees.